Six more bills authored by Sen. Toni Atkins have passed on the Assembly floor. They are:

The California Assembly today passed SB 179, legislation authored by Sen. Toni Atkins that would create a third gender marker on state-issued identification documents for people who identify as nonbinary or intersex. The bill would also streamline the process for transgender, intersex and nonbinary Californians to obtain identification documents that accurately reflect their gender.

The bill now heads back to the Senate for concurrence with amendments made in the Assembly. From there, it goes to the governor for his signature.

The California Senate today gave final approval to SB 230, legislation by Sen. Toni Atkins (D-San Diego) that will help prosecutors convict predators who traffic in sex slavery, sending the bill to the governor’s desk. The Senate’s vote came after the Assembly passed the bill on Tuesday.

The Assembly Appropriations Committee today passed six pieces of legislation authored by Sen. Toni Atkins and sent them to the Assembly floor, including SB 179 – the Gender Recognition Act – one of Atkins’ top priority bills.

Senator Toni Atkins (D-San Diego) today issued the following statement regarding the vote in the Senate to extend the Cap and Trade program:

“Today’s vote on AB 398 to extend Cap and Trade marks an important milestone in the fight against climate change. A month ago, the President pulled our country out of the historic Paris Agreement. Today, we Californians – creators of the world’s sixth largest economy – have taken unequivocal control of our state’s future.

The California Senate today voted 27-12 to pass SB 2 – the Building Homes and Jobs Act – legislation authored by Senator Toni Atkins (D-San Diego) that will create a permanent source of funding for affordable housing. SB 2 now moves on to the state Assembly for consideration. 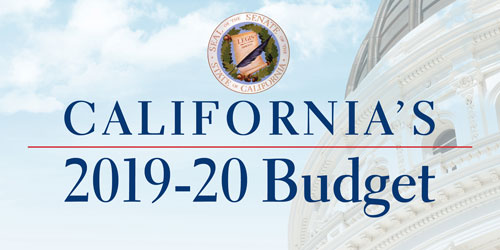